This is the fourth post in a series for the Writing Blog by Patrick, a former writing mentor.

It’s difficult for me to wake up to alarms anymore. This is because I’ve conditioned myself not to. I know that when an alarm wakes me and I haven’t gotten enough rest, I will be very resistant to getting up. I also know that my sleepy self is very persuasive, and will often take care of the work of getting up, turning off my alarm, and deciding to go back to sleep without ever consulting me. Mike Birbiglia describes this better than I ever could: 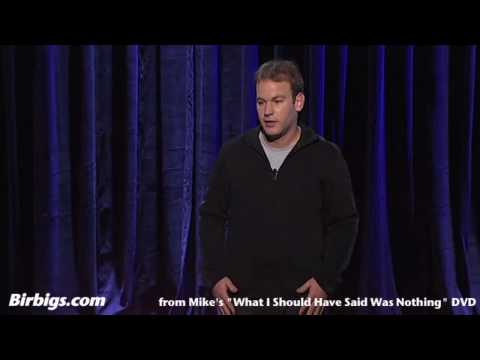 Despite all of this, when I’m working late at night on something due the next day, almost every time I’ll figure: why don’t I just get a couple hours of sleep, wake up at 6, and then I’ll have tons of time. Then I wake up at 8 if I’m lucky, write the rest of the thing in a frantic rush, and turn it in without proofreading. So I think my most practical advice to inveterate bad students in these posts will be: sleep is not your friend, sleep is never your friend. Also, vary your caffeine sources—I drank a Red Bull recently, and I never do that, and it kept me going much longer than coffee does these days.

On a more positive side, I’d like to examine why I always find myself in these positions, and how I’ve occasionally forced myself not to be.

As I stated before, I usually got away with these study habits. I’d get back these essays with decent grades on them, how high depending on how forgiving the professor was of copyediting errors, and as I read through them I wouldn’t recognize any of the words as my own. I would be impressed sometimes by phrasings or points made in the paper, but I wouldn’t feel responsible for any of it. It was good for my ego at first—look how smart I am, no matter what!—but dispiriting after a while, like someone who continually compliments you over the most minor things. It gets to the point where you doubt the sincerity of every one of those compliments. And there are consequences, you’ll find, even when you get away with it—I don’t feel like I’ve learned all that much in my time here.

But enough of that. Let’s get into the practical complications of last minute work, and ways around it. As an example, take Cartman again (because I can’t find a clip of Homer doing his tax return).

For our purposes, the monkey represents Cartman’s talent. Cartman is unconfident about his knowledge of the subject matter, unwilling to engage with the material at a level expected of him and instead treating it very superficially, and boundlessly lazy. However, because of his monkey, Cartman’s pretty sure he’ll do fine. If the monkey had behaved as Cartman expected it to, and if it was in a subject matter with which Cartman was more familiar (you see how effortlessly I’m handling this metaphor because I’m an English major), then he would have done well. But as they’ll do, his monkey failed him.

When you write a paper at the last minute, you’re really, really, really leaving it all up to chance. I think that’s a big reason for why I do it, actually. Writing in last-minute-panic-mode, I eliminate all the time spent agonizing in front of my screen, all the self-loathing procrastination, and all the general tedium of writing an essay at an orderly pace—the last of which, to be honest, is somewhat mythic to me. I think that I actually haven’t written an academic essay at a normal pace, ahead of time, since fifth grade, when my friend Marco taught me that I could do most of my homework on the bus. Since then, I’ve entrusted all my academic work to last-minute Patrick, who writes quickly and doesn’t second guess himself, and that way I as a rational person don’t have to do anything.

I wonder if any good students reading this understand how big an obstacle the idea of doing academic work is. Not, of course, in the right situations—if I’m in a situation clearly delineated for working, then I can generate work—but in the situations on my own, when I could do something else. How am I going to do something unpleasant when I could be doing something pleasant, especially when I could do that unpleasant thing later with a few (unlikely) consequences?

Well, I’d like to remove some of those (likelier than you think) consequences. Relying on my last minute mode is a lot like relying on my ideal student—though I don’t have the patience now to think through, outline, and eloquently argue a paper, I’m expecting future-me to eloquently and clearly argue a position as he goes along. Sometimes, magically, points do follow each other organically, and a persuasive essay comes about. But often, last-minute me isn’t clear-headed enough, or his first idea isn’t very good, or halfway through writing he realizes a damning bit of evidence that invalidates his whole argument, or he has to completely rework his introduction to fit the paper he actually wrote. For those papers, I’m just relying on the kindness of the professor.

So, aside from a cautionary tale, what can I offer? Recently I’ve found a particularly potent motivating factor—I refer to the process of taking care of my responsibilities as “being a real person.” Working on my résumé instead of watching Phantasm III? Being a real person. Going to sleep at 1, even though I’m not tired, because I want to get more time in at work? Being a real person. It’s just shame tactics, nothing fancy, and I’m sure a lot of bad students out there have their own. There are some students out there, though, who have a romantic conception of last minute work, partially because it’s been highly romanticized by Rodney Dangerfield and many others, but mostly because doing well at the last minute strokes their ego. I’m not here to take that away from you, you smart smart students. Instead, I’m offering myself up as your motivating factor—I can affirm that the reckoning’s coming, and I’ve felt its fury so that you don’t have to. Start the afternoon before, maybe, and outline your paper, and then proofread it at the end, so at least you don’t end up like Patrick. Just add it to your last-minute timeline as necessary insurance, a few more hours that you wouldn’t be able to (reliably) write the paper without.

Also, do not rely on your ideal student. If you’re a last minute worker, like me, you know that about yourself. It doesn’t matter how much you like the class, how much you like the professor, or how much you like the prompt, you’re not going to write that paper ahead of time unless you write the paper ahead of time (much like a real person would do). If that’s just the way it is, then keep that in mind when you plan your schedule out—if you have a week where there’s no way you can get all your work done unless you do some of it ahead of time, you know better than I do how likely it is that you’re going to do that, and you know based on past experience rather than on your potential. So, here’s another time when I would strongly recommend going to a professor’s office hours, and talking to them about it. Though you may be ashamed of how little time you’re going to leave yourself for their assignment, that doesn’t change the situation (unless you yourself change the situation (like a real person would)). Again, professors are required to listen. I wouldn’t recommend attributing your time troubles to your laziness, but I would recommend telling them just how busy you think you’ll be. A lot of professors don’t grant extensions, but that doesn’t make the visit worthless. Rather, you’ll accomplish three worthwhile things: you’ll demonstrate to the professor forethought regarding the essay; you’ll force yourself to think about the essay ahead of time; and you’ll put the essay in a personalized context, between yourself and your professor, thus instilling a nice motivating fear of shame should you let them down.

Shame, shame, shame. It’s helpful as a motivating factor, and harmful as a paralyzing factor. So with this in mind, I’d like to offer in my last post—a parable.