This is the fifth in a series of posts for the Writing Blog by Ryan Sheldon ’13.

How do you identify as a writer? Do you think of yourself as particular kind of writer, and does that identification extend beyond your conception of yourself as a student?

A testament to the madness of self-description? (Photo courtesy of John F. Kennedy Library)

I feel identifying as a “writer” is inherently self-aggrandizing, given that it places you within the whole of the Western literary tradition and all the personalities that come with it. It’s kind of a loaded word. It’s just like calling yourself an Artist—it’s an identity that brings so much baggage with it that you might as well just buy a log cabin in Idaho, get roaring drunk, and shoot yourself in the face. That’s a little bit too heavy for me. I feel a lot more comfortable just identifying as a person that likes writing and does it a lot.

I still consider myself to be first and foremost a writer of poetry, even though that’s becoming progressively less accurate as I get older and start getting more involved in fiction, non-fiction, and other fun stuff. For me, writing is something completely separate from academics. It’s the difference between looking out a window and looking in. They’re external and internal worlds.

As I said in a college application essay, one I was rather proud of at the time, Invisible Man opened my mind to the possibility of “fundamental human existence funneled into the imperfect medium of words,” words that started out as nothing more than “densely packed jumbles of thoughts in a human mind.” This ideology influenced me for a while until Howard Needler, probably the best professor I’ve ever had, told me my metaphors were too lurid. This shook me up quite a bit. Other than that, I guess my biggest influences are just everything that goes on around me and my crippling fear of stasis.

What is your preferred medium of literary expression (analytical writing, fiction, verse, creative nonfiction, blogging, tweeting, some admixture thereof…)? How would you describe your writing style?

I’d say poetry is my preferred medium, although I enjoy throwing in handfuls of narrative, memoir, real/constructed history, Wikipedia articles, and whatnot into my poetry. Up until this year, I would have described my writing style as heavily driven by imagery and metaphor—buoyed by beautiful language, if you will—but recently I’ve made some headway digging my way out of this hole.

What is your background in reading? What sort of books do you read on a regular basis? Can you identify one or two books that loom large in the history of your personal development as a reader and/or a writer?

My background in reading is middle/high school English classes and some tidbits of more contemporary stuff I’ve been able to pick up along the way. Mostly novels, but decent amounts of poetry and short fiction, the latter two mainly through courses I’ve taken at Wesleyan. Besides [Invisible Man], Underworld is holds a pretty high place in my pretty mental pantheon. Delillo was my first foray into postmodernism, and the kind of stuff he does with language totally blew me away. Not to mention that I’m a sucker for epics and the capturing of zeitgeists. In terms of my poetry, John Ashbery (check out The Tennis Court Oath, especially “How much longer will I be able to inhabit the divine sepulcher…”) influenced me a lot in that he made me resolve not to give a fuck. Zach Schomberg made me resolve to give even less of a fuck, take away a fuck, even.

Has any particular kind of literature had a profound effect on the way you interpret the world? Have your academic interests or goals changed at all during the course of your undergraduate education as a result of something you’ve read (or written)?

World interpretation is a tough subject for me. Reading Underworld did hurl me into the throes of my first existential crisis in December of my senior year of high school. So I guess that would count. But it’s really kind of hard to know for certain. Literature, the world, and my mind are all engaged in this eternal ménage a trois where cause and effect are too interconnected to really figure out. The act of writing, actually, is just about the only thing I’ve discovered that actually helps me sort through it all—what I think the world is, I guess.

What, if anything, do you hope to do with writing in the future?

Keep it up, keep getting better. Maybe get published.

What’s on your pleasure reading list semester? Are you looking forward to any book releases? If you feel the inclination, recommend a title that you’ve found particularly enjoyable or meaningful—what do you think we should be reading today?

Novel-wise, I copped The Ask shortly before realizing that I could read it for a class, so that’s sort of for pleasure. I’d recommend it to anyone who likes to read things that are good. Over winter break I intend to tackle Infinite Jest, which I’m pretty excited about given how few literary run-ins I’ve had with DFW in my life. I have The Known World and The Crying of Lot 49 sitting on my shelf, which I’ll hopefully get to as well. I started reading Coetzee’s Disgrace at the end of the summer and didn’t finish. I also have two books of poetry I intend to hurl myself into: X= by Stephen Berg (a really dark, personal collection about a guy coping with age, loneliness, and death) and Moon Crossing Bridge by Tess Gallagher, the wife of Raymond Carver. Really, I think this is biting off more than I can chew. I might just give up and spend all my time watching Twin Peaks and/or Community… 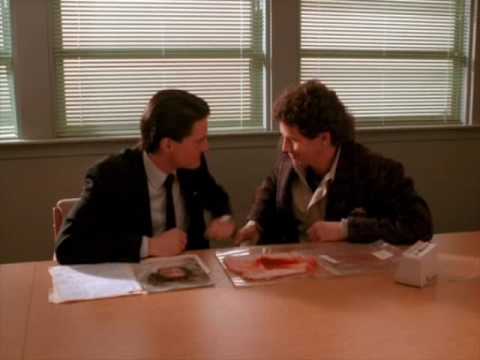 Best things I’ve read recently: Everything is Illuminated by Foer and The Savage Detectives by Bolaño. I heartily recommend both. Poetry wise, The Man Suit by Zach Schomberg will most likely change the way you think about poetry, which can be nothing but a good thing.